Well, you guys...this one started out well and then took a sharp turn for the worst.

When he walked in I got a really good feeling from him. He seemed warm, and when I told him about my physical therapy he perked up. I thought, omg! This might be the guy that actually sees the entire picture. U of M guy was going to be hard to beat, but I was starting to wonder if it actually might happen.

I told him my story but then it took a disappointing turn.  He tried to convince me that working out shouldn’t have made me worse. He explained that the fascia can lose its elasticity in some people and in others it doesn’t (ok...yes); however, working out should help tighten everything up (um not always...and not that simple). Even after I explained that my rectus muscles did close some more after my first round of physical therapy and laying off certain exercises, he just kinda brushed it off. After I tried explaining what I did with CrossFit, he told me that he might want to do a double repair on me. So now I am in full panic mode. What does a double repair mean? Why didn’t anyone else suggest this? Is this good advice? Or a bad advice? My mind was racing.

He explained that he would sew my muscles together AND possibly use two huge pieces of mesh over that. He went on a long rant about the two different kinds of mesh he could use, but I was so shocked I could barely remember what he even said. I just know there was a bio-something one and a cadaver one? Omg. I don’t even know. He said he would bring the mesh and decide if he was going to use it or not during the surgery. Omg. NO. I realize they might find other little hernias or things they they open you up but no way is a mesh decision going to be made while I am knocked out on the table.

So he left while I got changed. One of the ladies came to take pictures of my stomach next door in a fully lighted photography room. It was intense.

He came back in and felt my stomach and told me that I needed to start doing more sit ups, and bind my stomach at my umbilical hernia part. He wrote me a script for physical therapy (not pelvic floor of course) even though I told him twice that I am still in physical therapy. He then proceeded to tell me that my rectus muscles were weak. Yes, I am aware they are not as strong as they used to be but….the U of M guy said I was strong after he felt everything, and he told me that he loves working with athletes. What in the world was going on?! In any case, I have an an amazing pelvic floor physical therapist monitoring me every month and adding in exercises for me. Could you imagine if I didn’t have this guidance right now and was being totally jerked around with all of this information? I have spent enough years in the dark, so I think these experiences are triggering for me because they bring back those emotions.

I felt totally and completely rushed. Like really rushed.  I guess you get what you pay for? This consult was free and the other ones were around 100 bucks. I didn’t even get to ask all of my usual questions but honestly, I didn’t even want to at that point anyway. I knew this wasn’t my guy. But, for research purposes I would have liked to.

At this point, I have two more “next steps.”
***One is to talk to a female plastic surgeon in Arizona that does CrossFit. Julie Foucher put us in touch after she heard my podcast! I am really excited to chat with her and get her perspective on everything. It is super nice that she reached out and is willing to spend her time chatting with me.

***Second, is to email Diane Lee and try to set up an online consultation. I will pay whatever I need to in order to talk to her!  I know she works with a surgeon up in Canada that gets the big picture. I want to tell her my athletic goals and get her opinion on everything before I go back to U of M guy in the Fall to talk more details about this surgery.

I am still open for other surgery consultations if I get recommendations, but at this point I do think U of M is going to be my best route! Go Blue!

Oh, and I joined a surgery support group and I am SO scared for surgery :( In one way I am glad it is a year away and in another way I just want to get it over with!! However, I have found some more small bits of progress with my rehab. Also, I have seen how laid up these women are after surgery, and I am glad Dean will be old enough to understand I can’t pick him up for 6 weeks or longer.

Popular posts from this blog

All About My Abdominoplasty Surgery! 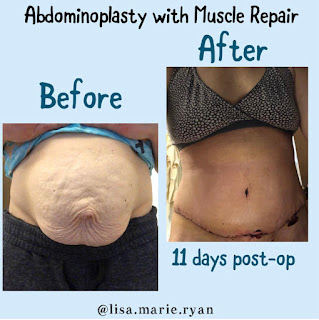 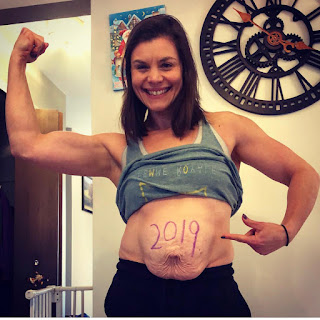 How the hell am I supposed to love this postpartum body? 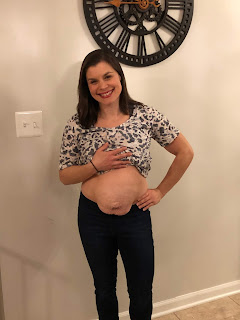 Lisa Ryan
Pregnancy and Postpartum Athleticism Specialist and CrossFit Level 2 Trainer. A former high school English teacher, mom to 2 boys, wife, coach, and crossfitter who loves to laugh, write lists, plan parties, make memories, and challenge myself in all aspects of my life.